on October 31, 2018
Hi Archibold Clutterbuck here on my Worldly Adventure with my trusty companion Beans!
Isn’t the world such an amazing place. Beans and I have just been taking a look at our big World Map
trying to decide which continent to visit next. Do you have any ideas? Perhaps we should take a look
together and learn about each one.


So what is a continent? Did you know there are 7 in the world. They are Africa, Antarctica, Asia,


Europe, North America, South America and Oceania. A continent is a group of countries collected
together under one name. Usually this is decided by how close the countries are to one another and
how much of a  shared culture they have. You can see all the 7 continents in the colourful map below.

Let’s take a look at each of the 7 continents, starting with Africa.

This continent is home to over 1.2 billion people and is surrounded on all sides by water,


apart from small stretches between Europe (Strait of Gibraltar) and Asia (Suez Canal).
​
Africa is well known for its safari due to its incredible wealth of wildlife including Giraffes,
Lions and Elephants. The Kenyan and Tanzanian savannahs are also home to the Great Migration
where 1.7 million Wildebeest travel in a giant loop through both countries in search of new grazing
every year. What an amazing sight!

This is the world's most southern continent and has no permanent human inhabitants. It does


however hold 70% of the world's fresh water due to 98% of it being covered in densely packed ice,
averaging 1.9km thick!


10s of thousands to mate and nest each year due to its fish filled oceans! It’s also a big deal to
scientists who come from all over the world to research subjects like climate change, animals and
the weather.


surface area. This is just as well as over 60% of the world's population live here, with over 1.3 billion
of them living in China alone!


also the lowest point on Earth, found in Lake Baikal at a depth of 5,315 feet!


This continent is made up of 50 countries including the world's largest, Russia and the world's


smallest, Vatican City, which is a small state in the middle of Rome.
​
With a population of 741 million it is pretty busy for the second smallest continent. It's also packed
with stunning art and architecture from Italy's Michelangelo, the Netherlands Van Gogh to Spain’s
Gaudi. Also did you know  19 countries in Europe share the same currency, the Euro!


Over 500 million people in 23 countries call this continent home. This includes the world's largest


island, Greenland, the iconic city of New York and the famed island of Barbados.


In the south below Mexico are the Caribbean Islands. Their isolation and tranquility is famed due


to only 2% of the 7,000 islands being inhabited! The south is also home to Panama and the
man-made Panama Canal, the only stretch of water to pass through the Americas from the Atlantic
to the Pacific Ocean..


contains both the largest rainforest in the world and the second largest river, both named the Amazon.


Only 422 million people inhabit South America. Many descend from the Inca peoples whose


civilisations amassed great wealth, discovery and created huge cities 1000s of years ago. A great
example of this is Machu Picchu in Peru, built of stone and standing an incredible 2,430 metres
above sea level!


14 independent countries make up Oceania which includes the sub-continent of Australasia, made


up of Australia and New Zealand. There are also 600 small islands as part of Oceania including Fiji
which is famous for its amazing surfing beaches.


This continent is well known for its unique wildlife, including the Koala, Kangaroo, Kiwi bird and


the Platypus. All these animals are only found in Oceania! Also did you know New Zealand is actually
7% of another continent, Zealandia...but the other 93% is submerged in the ocean!

Wow that was certainly an incredible journey learning about all 7 continents of the world. There


were some amazing facts in there too! Who would have thought that Europe had the largest and
smallest country in the world and that no one actually lives in Antarctica! I guess it is rather chilly
though, you might need to take an extra pair of gloves!


Not sure it’s really helped in our decision of where to go next has it Beans? There is just so much


to see, we are spoilt for choice! If you have any suggestions then let us know in the comments below,
we’d love to hear your thoughts and ideas.

The Worldly Adventures of Archibold Clutterbuck & Friends aims to teach kids all about the world
around them so join our fellow adventurers DS9 and DS6 by heading over to our website
www.archiboldclutterbuck.co.uk. Here you can learn more about the 7 continents as well as all the
different people, animals and environments that are apart of them. 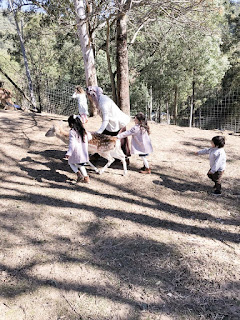 Today's Home Ed Q & A is with Yusra, all the way in Australia! So grab a cuppa and have a read of how their Home Education adventure is going so far!
Yusra (Umm Summer) is a homeschooling mother of four currently residing in Australia. She is passionate about homeschooling and raising God-conscious children, organisation, travel and being a homemaker. You can find her here:
Instagram: @the_inspired_muslim_mama Facebook : https://www.facebook.com/The-inspired-muslim-mama-315725169107953/


When and why did you decide to Home Educate?

It was a natural progression for us. I am a strong believer in early learning and the importance of the early years so I began to read and talk to them before my twins were even born. Although I didn't fully grasp the meaning behind the phrase - "the mind of a child is like a sponge" - until both my girls amazed me by pointing out all the body parts in Arabic when I prompted them at the early age of 16 months. I didn't realise how fa… 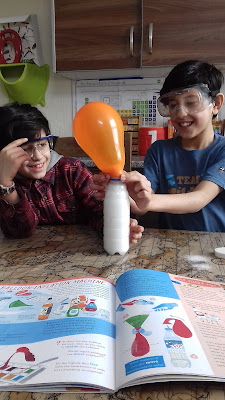 Welcome to our blog!

They have never been in the schooling system and Home Ed is just part of normal family life for us!

I wrote this guide a few years ago after many families began home educating and asking me many questions. I then set up this blog in January 2017 followed by my Instagram page theworldistheirclassroom and then Twitter @Home_Educator

Not only do we blog our Home Ed Adventure but we also collaborate with brands and companies in order to bring you some great educational product reviews, discounts and giveaways! Here are some of our favourite collaborations:-


We also interview other Home Ed families across the … 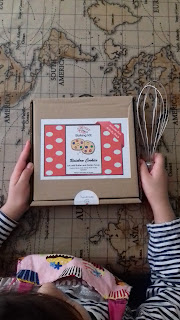 I have very fond memories of baking as a child. My mum would sit us around the table in the dining room which would soon be covered in flour and margarine, and we would be cracking eggs only half of which would actually land in the bowl. It was very messy but that's how kiddies learn and we loved it!  As soon as my kiddies were able to hold a wooden spoon they began their own baking adventure making biscuits, buns, cakes and flapjacks. They now love baking too, but every time they decide they want to bake it's either not a good time to start measuring out flour or we don't have enough sugar! So when I heard about Whisk Kids baking kits I thought it would be great to receive a box through the post so they can bake by themselves, following a simple recipe card. There are different kits to choose from such as Iced Lemon Biscuits and Double Chocolate Brownies. We received two boxes of Rainbow Cookies, something new for my kiddies to bake!

'Whisk Kids produces a range of …